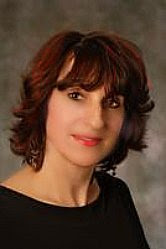 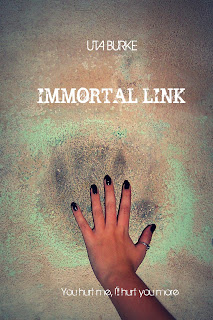 Thanks to Uta Burke for this interview
What is your day job or are you lucky enough to write for a living?
I work for Rutgers University, the State University of New Jersey (Admin Assistant). I love my job and co-workers, and there is plenty of time to write at night and on weekends now that my daughter is away in college.

What books have you written so far?
I have written several, but only (self) published two: Immortal Link, a Young Adult paranormal, and my crazy book, which I published under a pseudonym (Susanna Kramer), titled The Wiener Diaries. Now you know why J. I also wrote several short stories and published numerous articles.
---giggling at Wiener!

What works in progress do you have?
A YA fantasy with cupids, no title yet, but it's a great one, I can feel it in my gut. Also a non-fiction, which presently is a blog. It's a student's college experience from the parents' POV. Once my daughter is done with college, I will collect the 4-5 years into a book titled Is the nest half full or half empty when they come home on the weekend?
How long did it take you to write your book/s?
Immortal Link only took me four months to write because it basically wrote itself, especially after the spirits of Jim Thorpe, PA, took over. That's when it became a paranormal. The others – from start to polish through beta readers and a professional editor – on average a year. I want it to be perfect, no rush job.

Do you write linear, or jump back and forth? Do you plan or write by the seat of your pants?
Jump back and forth. I write scene by scene, like pieces of a puzzle, and then connect them. I use a story board and index cards for that. I am a mix of a plotter and a pantser.
--- me too!

Why do you write?
I cannot not write, even if it's just a grocery list. It's the most important thing in my life, next to breathing.

How long have you been writing?
I started at age nine, so 37 years.

Where and when do you write? ­ Do you have set times?
During breaks at work, in the car on a notepad, all weekend long and most evenings. No set times, but every single day.

Which character from your books do you like most / are most like?
There are two teen boys who recur in all my stories under different names. In Immortal Link, it's Charlie and Louis. I even talk to them in my head.

What/who inspired you to write and still inspires you?
The thousands of books I have read in my life maybe, or a special gene that forces me to write. I don't know, it's just something I have to do, like eat and sleep. Or maybe Stephen King.

What do you think is the ideal recipe for a good novel or story?
Go deep with your emotions, even for boy characters. NYC agent Alexandra Machinist told me I write boy emotion.

Have you ever based a character on someone from real life?
Yes, friends of my daughters are always in the books, under different names of course. One I made up, and he is in all my stories as Louis or Ron Riott. I saw a picture of him in a magazine and adopted him immediately for my writings.

You’re walking in the forest and you bump into an alien librarian from Mars. He wants five book recommendations from you…
Angela's Ashes, If I stay, Immortal Link, Jesus's Son, the Hitchhiker's Guide to the Galaxy :)

Who is your favourite character from any book and why?
Laura from the Little House series because she had good strong parents, a wonderful family and in the end she prevailed against so many hardships. It shows how important a solid home and good childhood is. Look what she has accomplished!

Who is your hero/heroine?
All the females in my family, especially my mother. But grandmothers, aunt, sister, they are all unbelievable women.

Which book do you wish you had written?
The Help.

Which three authors would you like to take to the pub?
Stephen King, Denis Johnson and Jan Karon.


Are you published or self-published? What is your experience?
I queried too early, meaning I wasn't nowhere near publishable. I joined the Liberty States Fiction Writers and met an author who was regular published and self-published (Kathy Rowe). We just sat down and she showed me how to publish through CreateSpace on Amazon. Then she gave me the contact number of her editor and two months later I held my book in my hands. An incredible experience, just the marketing is a lot of work.

How do you find the marketing experience? Any advice for other writers?
You have to work at it every single day, making connections via FB, Twitter, conferences and do what I'm doing right now with you. My advice is: keep your brand (you!) clean now that you have an internet presence. You don't want to ruin your potential for a growing readership by posting foul-mouthed comments or too much self-promotion. Keep it clean, professional and offer help. Believe me, everything you do online will catch up with you. What's out is out, so make it count!

Do you have a blog? What do you blog about?
Yes, several. My website for Immortal Link is also a blog (www.utaburke.com), then yourchildsfirstyearofcollege.blogspot.com and one for my short stories called puzzlepieces on uburke.blogspot.com

What other hobbies do you have?
Walking, eating, animals and reading.

What would you like to achieve in the next five years?
To become an established author and have built my internet presence, so when I retire I can hit the ground running and just keep writing.

If you won the Lotto or a major publishing contract, what would you do with that dosh?
Buy a house in Germany, one in Ireland, and one in NYC, and then commute. And give a heck of a lot to charity and establish scholarships for college students.

What question do you wish I’d asked and, of course, what is the answer?
What has been the greatest satisfaction of being published?
To receive fan mail. Immortal Link has been read by a nun, three inmates, on a flight to China, in several states, Germany and Ireland. Or it could be sitting in my filing cabinet with four other manuscripts. Hearing from readers who loved the book, and even though it's Young Adult, I get the most enthusiastic responses from the MOTHERS! It's a wonderful feeling.
Complete one of these stories in 100 words or less…

In the deep and darkest reaches of the dank forest… Pa Ingalls said: "Listen, folks. I've decided to move us again. We'll leave tomorrow." Ma looked up from the computer. "Enough, Charles. That might have worked 150 years ago, but times have changed. I am up for promotion, the kids are happy in school, and they just built that new mall. We're staying right where we are." Pa looked around the one-room cabin. "Anyone coming with me?" His daughters kept texting their friends. "Well, then I'll go myself." He loaded the truck and left. Another modern family bit the dust.
Book links:
Immortal Link (by Uta Burke)
The Wiener Diaries (by Susanna Kramer)
Upcoming: Is the nest half full or half empty when they come home on the weekends?
http://utaburke.com/
http://www.facebook.com/Immortallink
http://www.amazon.com/Immortal-Link-Mrs-Uta-Burke/dp/1456557106/ref=sr_1_1?s=books&ie=UTF8&qid=1324868048&sr=1-1
http://www.amazon.com/Immortal-Link-hurt-more-ebook/dp/B00585CWFS/ref=sr_1_4?s=books&ie=UTF8&qid=1324868099&sr=1-4
Posted by vickiejohnstone at 19:39