Hi guys and girls! Welcome to WOW Wednesday. My fifth guests are the writing duo KR Hughes and
TL Burns, whose pens have created the What She Knew Trilogy with an interesting premise: what if
Marilyn Monroe had lived and shared her secrets? What if 'what she knew' could have saved JFK and changed the course of history? Fateful Night, book 1 in the trilogy, is now on sale for 99c/75p.
What's it all about, I hear you ask? Well, read on to find out more... 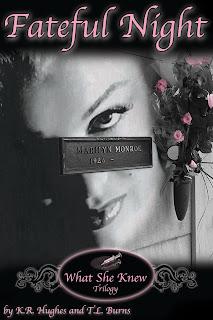 Did Marilyn Monroe commit suicide? Did someone get away with an elaborate plot to murder the famous sex goddess? On that 'fateful night' in August 1962, find out what may have happened to her and why she was killed. Many argue that she was involved in way too many secrets from different factions of the world.

Marilyn was a smart woman who could play the dumb blonde to attain her stardom, yet she unwittingly learned of conspiracy plots and political threats that would not only end her life, but that of the current president, John F. Kennedy.

In this fast-paced suspense every major player of the early 60s is involved, from the world politicians to the Rat Pack, to Hollywood and the mafia. What if Marilyn Monroe had lived, and what if what she knew could have saved JFK? Fact or fiction? What if...

Samples of the 14 4/5-star reviews on Amazon.com

“Imaginative, intriguing and thought provoking are just three of the terms I would use to describe the masterpiece that is Fateful Night. I have never read a story quite like this and I recommend it to all
readers who love a good mystery, historical fiction, and the idea of ‘what if?’”
(hbird3 – 5 stars)

“It does have truths and facts mixed in with it, which makes it realistic and plausible.
Even the dialogue is written to match the way they spoke during that era. At times the story takes turns
and involves players you might have never considered before as being involved in some rather unsavoury activity. You may even find yourself saying, ‘Holy sh*t!’ I know I did… What you read MAY disturb you, but I've no doubt,
it WILL entertain you!”
(Chasta Schneider ‘Chasta’ – 5 stars)

“The authors made the dialogue and setting so realistic you could almost see the Rolls Royces driving down the street and hear Frank Sinatra singing at the piano bar. I enjoyed the pacing of the novel as well;
they were careful not to stick to any one subplot for too long. This technique helped to keep the reader
on their toes; at the end of almost every scene there was a cliff hanger.”
(S. Appleyard – 4 stars) 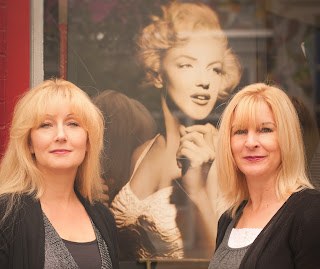 Hughes is an English major from Amarillo, Texas, who now resides near Atlanta, Georgia. She enjoys writing with her co-author T.L. Burns. They have just finished writing book two in the trilogy and are currently in the process of writing book three.
Hughes enjoys working with budding writers and tutoring English. Her passion is for at-risk teens. She volunteers to help them realize their potential and find their passion. Hughes has two grown-up children, Justin and Kayti, and two four-legged girls, MayZee and Ruthie.
You can find other works by this author in the historical romance section, under the pen name of Kymber Lee: Treasured Love and Lord Tristan’s True Love are both fun romps, set in Regency England, 1811. Lee (Hughes) wrote these novels for her grandmother, who is a huge supporter of her work.

As Burns’ co-author puts it, "She is the foremost researcher and historical guru for the What She Knew Trilogy. Burns’ passion is for at-risk families. She volunteers her time to help the needy, not with a hand-out but with a hand-up. She is married and has two grown-up sons, the best in the whole world, Kenny and Deven, and one four-legged son, Digby. Burns is very proud of her boys. Her oldest, Kenny, is married with three kids and is the artist for all of their book covers.  Deven is at college, pursuing his degree in engineering. 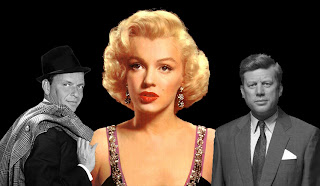 Thanks for reading - look out for another WOW writer next Wednesday!
Posted by vickiejohnstone at 14:30