Hi guys and girls! WOW Wednesday is a new thing for, ahem, Wednesdays! Coinciding with
Writer Wednesday (#WW) on twitter. My third guest is Brenda Perlin who is writing the
Home Wrecker Chronicles. Book 1 in the series is out now. What's it all about, I hear you ask?
Well, read on to find out more about Brenda and her novel... 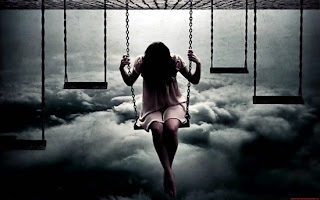 Marriage was a Home Wrecker

“Being married definitely took work. When we fought, I felt like I wanted to float away and drown,
whereas before I knew I could walk away without any strings attached.”

So much changed in our relationship after we were married. Before the wedding nuptials our relationship was close, trusting, and enjoyable. We were together for close to two years and were each other’s best friends. My soon-to-be husband was very accommodating and pretty much went with the flow. It was not that I was high maintenance, but he pretty much went out of his way to make sure that I was happy. Once we got married he became very jealous and controlling, thinking that every guy that came into contact with me had an ulterior motive. He called me naive when I denied his concerns, and became so possessive that he did not even like me to sit next to his brother while we were at a restaurant. He concluded that I was now his possession. As a result of his dominance I became very uncomfortable.

Has this happened to you? Did your relationship change after you were married?
Looking back, I wish I had walked out back then. It could have saved us both a lot of heartache, time and sorrow. My husband's controlling nature was a Home Wrecker.

“There is really no creative process. I just write” – Brenda Perlin

Ever since Brenda was a child, she has been fascinated with writing. She draws her biggest inspiration from Judy Blume. This sparked a passion in Brenda to pursue personal expression through writing. Once she was old enough to go to coffee shops alone, Brenda recalls losing herself in the world of writing, all while documenting her ideas on paper napkins.

Brooklyn and Bo, each unhappily married to others, must decide whether to stay with their spouses
or give up everything for their love 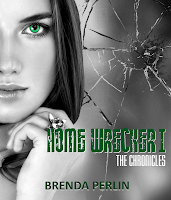 Brenda’s first book, Home Wrecker I (Home Wrecker Chronicles), was published with Master Koda Select Publishing. Within a short time the book developed a strong fan base, and it is continuing to grow as it both entertains its readers and leaves them in a state of profound reflection. In the near future, Brenda would like to expand Home Wrecker I into a trilogy in order to tell the untold stories of her characters.

Throughout Brooklyn’s life, she felt like she was on an endless journey toward redemption and she would have to be stronger than she ever imagined; do things she never felt herself capable of doing. When she finally found her soul mate, he came with one big snag: a wife. Brooklyn found herself fighting off her soon-to-be ex-husband and her lover’s wife. She knew that what she was doing was wrong and yet… she couldn’t turn back. No matter how much pain she might cause, it was too late. Brooklyn and Bo, each unhappily married to others, must decide whether to stay with their spouses or give up everything for their love. Brooklyn’s husband and Bo’s wife try everything to break them apart, and it is only then that Brooklyn will finally confront her own demons and come clean with everything and everyone in her life… even herself.

"Pour a glass of wine, pop open 'Home Wrecker', and Walk on The Wild Side!"
(5 stars, Emily Hill)

"The second part of the book discloses just how brave and heart-full this woman is.
She will inspire you and leave you craving for even more."
(5 stars, Kyczy Hawk)

"Great read! Characters were written with depth and humanity. Easy to get lost in the story
of her life and cheer her on. Very enjoyable journey."
(4 stars, SeanD)
Book links

Brenda appeared on my blog previously and revealed her favourite memory from childhood. To read it just click here - http://vickiejohnstone.blogspot.co.uk/2013/06/words-with-brenda-perlin-99c-blog-tour.html

Thanks for reading - look out for another WOW writer next Wednesday!
Happy reading & writing! :)